Notify me when back in stock

Please tick this box to proceed.

Bamboo is naturally anti-bacterial
Look at how the bacteria is eliminated. No more smelly feet – ever. No more unpleasant body odour. Bamboo has been grown for millennia in Asia without the use of pesticides. It is rarely attacked by any pests and not susceptible to diseases. The reason for this, Japanese scientists have found, is a unique anti-bacterial agent of bamboo named “bamboo kun”. This substance, combined with the tight molecular structure of bamboo fibres, are believed to give it its anti-bacterial and bacteriostatic properties – which is not diminished even after more than 50 washes! It is also quite different from chemical additives which can often cause skin irritations and other problems.

Similar scientific tests have been performed by various international textile testing laboratories. These can easily be accessed in numerous websites. In bamboo fabric, bacteria numbers were reduced to less than 0.2%.
Whereas in cotton fabric, bacteria number increased to 550 times the original. (refer:-www.bambrotex.com/second/bc_abt.htm)

Bamboo materials help control body odour
We have seen the test results of the anti-bacterial property of bamboo compared to the ‘incubating’ performance of cotton (See Anti-bacterial properties). Introduced bacteria on bamboo fabric were reduced to less than 0.2% of the introduced number in 24 hours whilst introduced bacteria on cotton fabric multiplied to 550 times the introduced number, also in 24 hours.

What does this mean?
Body odour results from gases produced by bacteria which live on the waste which is exuded from our bodies – sweat and dead skin cells which our bodies give off constantly as a perfectly natural part of living.

When a bamboo fibre fabric is worn against the skin:
hhh* 1 – Any moisture (sweat) is immediately absorbed and taken away from the skin
hhh* 2 – The powerful natural anti-bacterial property of the bamboo constantly keeps bacteria populations in check.

Some people have much more smelly feet than most because they shed more dead cells from their feet than others or they have specific personal bacteria which give off that offensive smell. Though no less hygienic than others, their feet just pong! We have not found a single customer who has not been instantly cured of this condition through wearing our socks.

This same anti-bacterial, anti-body-odour property applies to all our garments made from bamboo fibre.

Our Men’s Scarves have a wonderful texture against the skin and make great use of the thermoregulating qualities of bamboo fibre. A slightly heavier design than the Women’s Scarves but still with an amazingly lightweight, effective, and appealing look.

Be The First To Review This Product!

Help other tools.com users shop smarter by writing reviews for products you have purchased. Here’s more from the same category 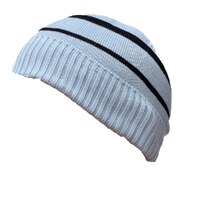 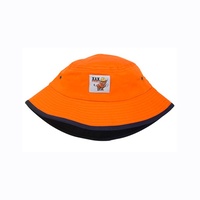 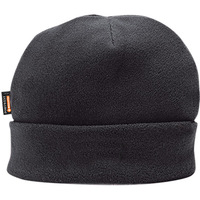 Welcome to tools.com, If you continue to browse and use this website, you are agreeing to comply with and be bound by the following terms and conditions of use, which together with our privacy policy govern tools.com’s relationship with you in relation to this website. If you disagree with any part of these terms and conditions, please do not use our website.

tools.com is committed to following best practices in protecting your personal privacy. We hope the following statement outlines clearly how we collect, use and protect the personal information which you provide to us.

When you look at the tools.com website, we may record the following information for statistical purposes:
- your ISP address
- your top level domain name (for example .com, .gov, .au, .uk etc)
- the pages you accessed and documents downloaded
- the previous site you have visited
- the type of browser you are using

We believe you have a right to know about what information organisations have about you. If you wish to access a copy of the personal information about you held by tools.com, please contact us at contact@tools.com

tools.com provides links to websites outside of this site. These linked sites are not under the control of tools.com, and we are not responsible for the conduct of companies or organisations linked to our website. Before disclosing your personal information on any other website, we advise you to examine the Terms and Conditions of those websites.

If you have any particular, unusual or sensitive enquiries with regard to privacy matters, email our Privacy Officer at contact@tools.com

Select Afterpay as your payment method

Use your existing debit or credit card

Complete your checkout in seconds

All your need is:

1) An Australian Visa or Mastercard debit/credit card; 2) To be over 18 years of age; 3) To live in Australia